I Wanna Be The Only One

Organisers delighted with fundraising total after return of Silsden Proms 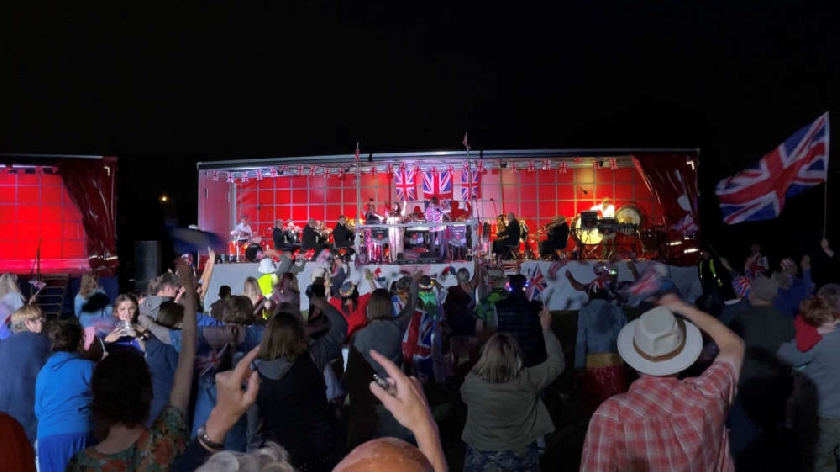 More than £8,000 was raised for Manorlands Hospice and Silsden Methodist Church as the Silsden Proms on the Farm returned this weekend following a five-year break.

Around 700 people turned out to enjoy music from the Lothersdale-based Swing City Big Band, The 1960 Four and Tewit Silver Band - who were joined by soloists Sarah Halstead and April Elizabeth for a Last Night of the Proms-style finale.

The event, which ran for 13 years until 2016, had originally been planned to return in 2020 and then again in 2021 - but the pandemic meant its comeback was twice postponed.

A new organising committee has taken over management of the 'Silsden Proms' which also moved from its original home at Sycamore Farm in Brunthwaite to Jackson's Field alongside the River Aire on Keighley Road. 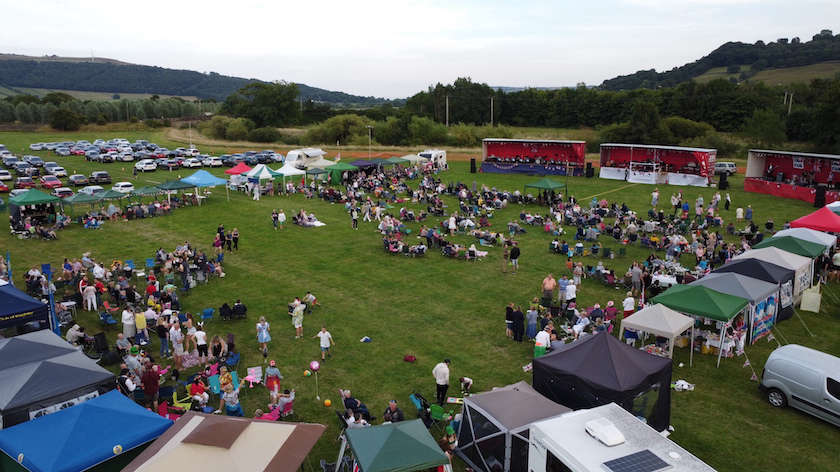 Dozens of gazebos were erected around the field, decorated by attendees who brought picnics to enjoy in the evening sunshine. A prize for best-dressed gazebo was awarded to a group who had recreated The Mad Hatters Tea Party.

Crowds danced and waved their flags as the performances came to a climax with Proms favourites including Land of Hope and Glory, Rule Britannia and The Dambusters March.

Fundraising activities for Sue Ryder Manorlands Hospice and the work of Silsden Methodist Church included a raffle and charity auction, with scores of local businesses donating items for both,.

The evening was compered by Silsden resident Stuart Clarkson from Rombalds Radio, who also acted as auctioneer.

During the interval, a presentation was made to recognise the founders of the original Silsden Proms on the Farm - Rosalie Holroyd, Sylvia Atkinson and Stewart and Fiona Hanson - and celebrate ‘The Brunthwaite Years’ of the event. 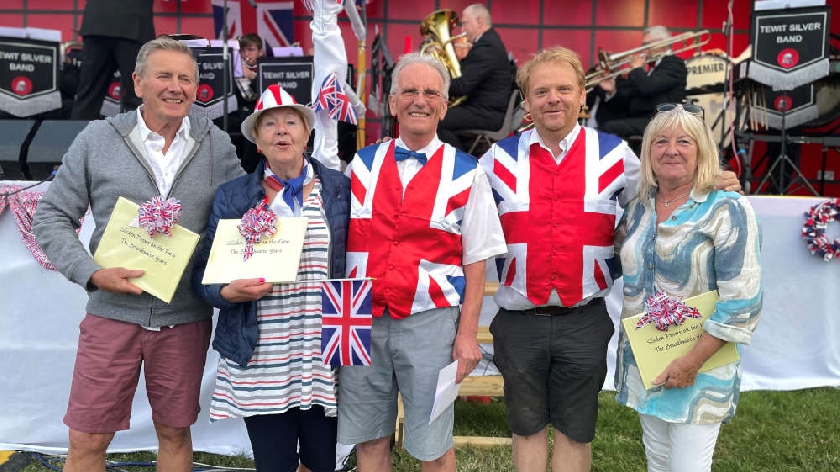 Lead organiser William Jowitt said: "On behalf of the whole team, I'd like to say a massive thank you to everyone who came on Saturday evening. We're delighted with the amount raised to support Manorlands Hospice, who have been really affected by falling incomes due to the pandemic, and Silsden Methodist Church.

"We couldn't have done it without the support of the individuals and businesses locally who gave their time, money and services to ensure the return of Silsden Proms on the Farm was such a huge success.

"It's great to have the Proms back in Silsden and we're looking forward to working to bring another brilliant evening to the town next year."

Silsden Proms on the Farm has already announced a date for next year's event which will take place on Saturday 15th July 2023.

Find out more at promsonthefarm.co.uk

Watch some highlights of the performances and see more images from the event below...

Our breakfast show presenter Stuart Clarkson was the compère for the Silsden Proms on the Farm tonight. Thanks for...