Ilkley residents back adoption of Neighbourhood Plan for town 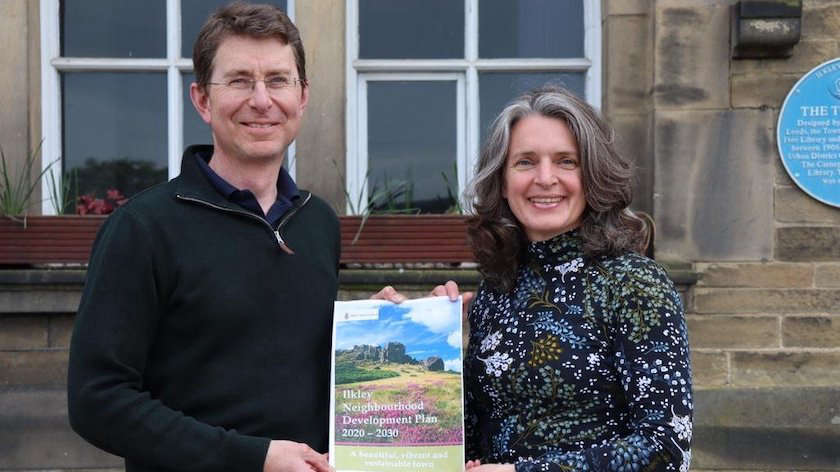 People in Ilkley have voted with a resounding 'yes' in favour of the adoption of the Ilkley Neighbourhood Plan.

At last week's election, voters were asked whether they wanted to support the plan.

Ilkley Town Council Deputy Mayor, Cllr Ros Brown, said: “A ‘Yes’ vote of 83% is wonderful. It is a real testament to the value of the contributions made by our community to the Plan over so many years.”

Although the Referendum was the responsibility of Bradford Council as the Local Planning Authority, Ilkley Town Council provided information about the vote to every household via a flyer. It also placed information in the press and on social media in addition to Bradford Council’s publicity.

Cllr Brown added: “It has been good to hear from Ilkley Library and Town Council staff that many residents took the opportunity to view the Plan at these locations before voting. We really appreciate the efforts residents took to engage in person and online with this important vote.”

Cllr Brown, who has chaired the INDP Working Group since May 2019, also paid tribute to the members of the Working Group. “Our community owes a great deal to these dedicated volunteers from Ilkley Civic Society, the Ilkley Design Statement Group, Ben Rhydding Action Group and Climate Action Ilkley for the time, energy and expertise they have given to this project over so many years," she said. "I thank former Cllr Brian Mann especially for his determined leadership and willingness to engage with change over many years. I also think of those members of the group who contributed so fully to this project but are sadly no longer with us. I was privileged to see in action former Cllr Paul Kitching’s energetic presentations and Wilf Shaw’s attention to detail and environmental matters. All members have enabled the Plan to represent so well a vision and policies for Ilkley that residents can endorse so wholeheartedly.”

Ilkley Town Mayor, Cllr Mark Stidworthy said: “The Referendum provided the opportunity for a significant public consultation with the residents of Ilkley about their priorities. This endorsement of the continuing vision for Ilkley as ‘A beautiful, vibrant and sustainable town’ sits well alongside the recent acknowledgement by the Sunday Times of Ilkley being the best place to live in the UK.”

The Neighbourhood Plan will now be formally “made” (adopted) and become part of the statutory development plan for Bradford District and be used to determine planning applications within the Ilkley Neighbourhood Area.

You can see a copy of the plan by tapping here.