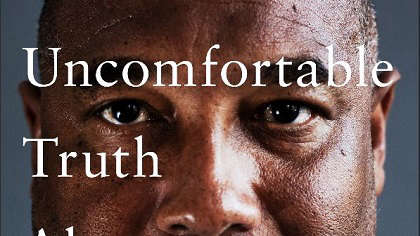 The former professional football player and manager turned sports commentator is discussing his powerful book, The Uncomfortable Truth About Racism.

He joins a roster of literary stars at the hybrid festival, which offers a mix of Covid-safe in-person and digital events across 17 days from Friday 1st to Sunday 17th October.

Speaking at the King’s Hall on the final day of the festival - Sunday 17th October at 7.30pm - Barnes will tackle head-on issues around prejudice by vividly evoking his personal experiences, and holding a mirror to this country’s past, present and future.

After spending the first dozen years of his life in Jamaica, Barnes moved to the UK with his family in 1975. Six years later he was a professional footballer, distinguishing himself for Watford, Liverpool and England, and in the process becoming this country’s most prominent Black player.

The Liverpool and England footballer promises powerful and moving testimony at his talk to inform and advance the global conversation around racism.

Founded in 1973, Ilkley Literature Festival is loved by writers, readers and publishers alike for its warm welcome and wide-ranging programming.