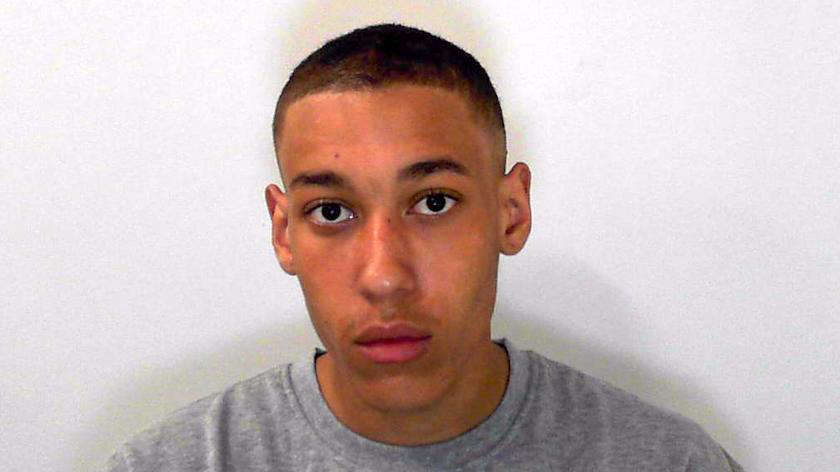 Following trial in January this year, Bell was found not guilty of murder, but found guilty of the manslaughter of Mr McMinn.

Today (23rd June 2022) at the same court, he was jailed for a total of ten years and four months for manslaughter, grievous bodily harm and supplying heroin and crack cocaine.

Bell, from Keighley, worked for a county lines drug gang based in West Yorkshire. He had travelled to Aireville Park in Skipton last July to sell drugs, including £60 worth of heroin and crack cocaine to Mr McMinn and his friend.

Mr McMinn and Bell started to quarrel and Bell stabbed 44-year-old Mr McMinn, once to the chest and twice to the back, then fled the scene leaving him to die.

Bell was also convicted for a similar attack against a man in Bournemouth when he was just 16 years old and dealing for a London-based county lines drug gang. He stabbed the 54-year-old man in the back three times with a flick knife following a minor disagreement.

The victim suffered a collapsed lung and needed emergency surgery but survived.

He went on the run, writing drill rap lyrics glorifying the stabbing and boasting that he wouldn’t be caught.

“I left that crime scene happy. No evidence. So the feds can’t catch me,” he wrote.

While on the run, Bell went to Skipton on the afternoon of 28th July 2021 to sell drugs, and claimed to have sold about £500 worth of drugs before meeting Mr McMinn that evening.

Witnesses who saw Bell in Aireville Park described him as “looking dodgy” and said the do-rag he wore on his head and his low-slung jeans made him stand out.

Mr McMinn and his friend approached Bell to buy drugs, but Mr McMinn also challenged him after he had discovered that Bell had offered cocaine to a 14-year-old schoolboy earlier in the day.

The argument escalated and Bell plunged a knife into his victim three times. He then ran off.

Bell got a taxi back to Keighley as police and paramedics responded to a 999 call from Mr McMinn’s friend and tried to save Mr McMinn’s life. However, Mr McMinn suffered severe blood loss from internal injuries which sadly resulted in his death.

Officers who searched the scene found a balaclava that had been dropped nearby and recovered drug wraps, both of which were found to contain traces of Bell’s DNA.

The MIT’s investigations led officers to addresses of Bell’s associates and family in both Keighley and Huddersfield in a quest to arrest Bell. This resulted in Bell handing himself in at Huddersfield Police Station three days later.

He had shaved his distinctive dreadlocks, disposed of his clothing, mobile phone, and the weapon used in the attack.

When arrested and interviewed, Bell refused to answer any questions but was charged with murder and remanded in to custody to face trail.

North Yorkshire Police then worked closely with Dorset Police to investigate the Bournemouth incident, resulting in Bell being further charged.

Bradford Crown Court heard how Bell claimed to be a low-status drug pusher for a county lines drugs gangs from urban areas that infiltrate smaller rural towns and sell drugs by phone using a network of dealers. He used a phone line to deliver drug orders around West and North Yorkshire.

In mitigation, the court heard Bell was of low intelligence and had experienced poor parenting and a lack of role models.

However, the judge said he became willingly involved in drug dealing in West Yorkshire and craved a “hard man image”. He said he was satisfied Bell took the knife with him to the meeting in the park, which Bell had denied.

In addition to the ten-year jail term, the judge gave Bell an extended three-year licence period when he is released from prison after ruling he was a danger to the public.

After Bell was sentenced, DI Menzies said: “Simon McMinn was a son, brother, and father who lost his life in Aireville Park in Skipton through the illegal carrying of a knife.

“It’s a sad indictment to the damage drugs do to communities, and the devastation they bring to families. While I know Mr McMinn’s family are heartbroken by their loss, I hope Bell’s sentence brings some comfort to them.

“We have dedicated teams that work tirelessly to rid our communities of drugs and prevent dealers from other areas ruining North Yorkshire.”

From the moment we responded to a fatal stabbing, to the moment we arrested the killer 🎦 -- Sound on 🔊 --- Today we’re releasing this bodyworn camera footage as the offender is sent to prison. It gives a glimpse into our response to the 999 call, search for the attacker and his arrest. It resulted in county lines drug pusher Brooklyn Bell being jailed for ten years and four months today for stabbing a man to death in Aireville Park, Skipton. It was over an argument about Bell trying to sell cocaine to school children. Bell dealt for a county lines drug gang based in West Yorkshire. At the time of the stabbing last July, he was already wanted for stabbing another man in Bournemouth, who survived but needed emergency surgery for a collapsed lung. He fled and even gloated about it in home-made rap lyrics. “I left that crime scene happy. No evidence. So the feds can’t catch me,” he wrote. But he was wrong. Bell, 19, had gone to Skipton’s Aireville Park on the day of the fatal attack to sell drugs, including £60 worth of heroin and crack cocaine, to the victim. But the deal went sour and an argument broke out. Bell stabbed the victim once in the chest and twice in the back. Then he ran away and left him to die. Paramedics and police tried to save the man’s life, but he was pronounced dead an hour later. Our Major Investigation Team launched a large-scale investigation to gather evidence and identify the suspect. We found a balaclava nearby and we recovered drug wraps, both of which were found to contain traces of Bell’s DNA. After a search spanning into neighbouring counties, Bell handed himself in a few days later. He was charged with murder but found not guilty by a jury. He was however found guilty of manslaughter, drug offences and GBH for the attack in Bournemouth. Incidents like this are very rare in North Yorkshire, which is officially the safest county in England. But we’re able to keep it safe with your help. We use information supplied by the public to bring drug dealers to justice. If you have any information about drugs in your community, report it on our website or call 101. All information we get is taken seriously. ✅