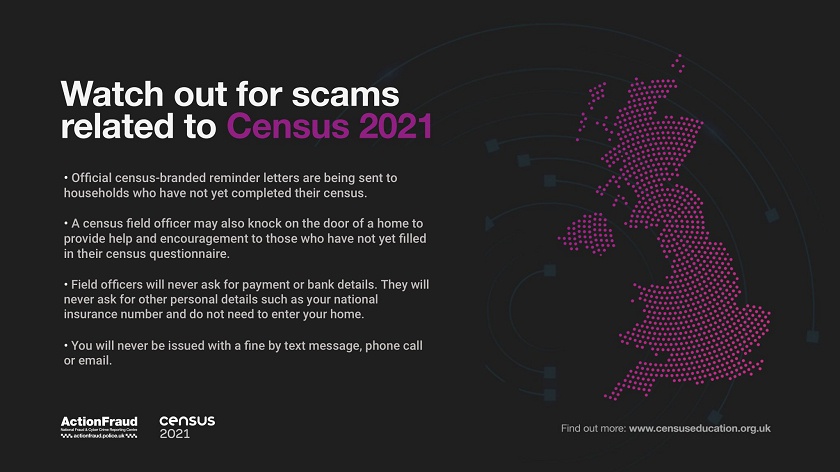 Police in North and West Yorkshire issue a scam warning as Census officers call on those who haven't completed their Census.

Now that the Census date (21 March) has passed, official Census branded letters are being sent to people who have not yet completed their Census.

Census field officers may also be used and may knock on doors offering help and encouragement to anyone who has not completed or who is having difficulty completing.

Those officers will have ID, they will also NEVER ask for any form of payment or bank details and will not request your National Insurance number. There is no need for them to enter your home.

There have been reports of fraudsters ringing/texting and even visiting individuals claiming to be from the Office of National Statistics or local councils and obtaining other personal details.

Several are claiming that we have incorrectly completed our forms and asking for a payment to cover a fake fine. The more vulnerable in our society again are falling prey to this and other scams. Please pass on.

You will NEVER be issued with a fine by text, phone call or email. If in doubt speak to family, a friend or the Police. Contact Action Fraud if you think you have been targeted.

More details about the Census can be found at https://census.gov.uk/