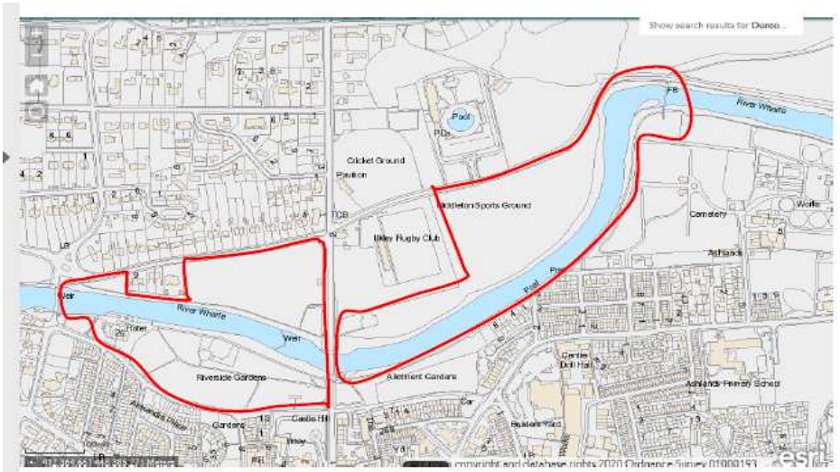 Bradford Council is considering implementing a ‘Public Space Protection Order’ at Ilkley Riverside to help reduce the anti-social behaviour by a minority of visitors.

Progress will depend on the outcome of a consultation with local residents, businesses and visitors.

A Public Space Protection Order is one of the tools available under the Anti-social Behaviour, Crime and Policing Act 2014 and aims to restrict offensive behaviours at a specified locality.

The Order would aim to stem the behavioural problems which have escalated in recent years and improve things over a period of time, and if implemented would come into operation on June 1, 2021, be in effect for three years and would prohibit people from:

a) Behaving in a way, including by congregating in a group, that causes or is likely to cause harassment, alarm or distress to an individual or concern for the safety of another person;
b) Threatening, abusing or intimidating other people;
c) Using foul or abusive language;
d) Drunken behaviour and the refusal to stop drinking alcohol or hand over any containers (sealed or unsealed) which are believed to contain alcohol, when required, to do so by an authorised officer in order to prevent public nuisance or disorder
e) Being under the influence of controlled drugs or other psychoactive substances;
f) Causing an obstruction or jumping from the footbridge over the River Wharfe connecting Ilkley with Denton Road and Middleton Woods
g) Lighting or being in control of a fire or barbecue;
h) Littering - not to throw down, drop or otherwise deposit and then leave, litter in any place.
i) Camping overnight in tents, caravans or camper vans. No sleeping out of doors over night

It would be an offence for a person without reasonable excuse to engage in any activity that is prohibited by this Order. Anyone found to be in breach would be liable to be issued with a £100 Fixed Penalty Notice or on summary conviction to a maximum penalty of a £1,000 fine.

The consultation will run until Monday 26th April and the survey on the proposed order can be found at: https://bradford.moderngov.co.uk/mgConsultationDisplay.aspx?ID=307